Stuck in the Mud

Home/News/Stuck in the Mud
Previous Next

Stuck in the Mud

On a wet slippery road, made by Eskom for erection of Power Lines, a hard working group of mentors were on their way to “Exeni” in the rural area of Gubenxa. Due to the road being intensely wet, the bakkie suddenly slid off the road, into a Mud Bank, leaving them trapped for hours.

Eventually a kind-hearted farmer walked past and offered his assistance. After attempting to push the bakkie out they realized that man power is not enough. The farmer then decided to bring 4 Oxen from his farm to tow them out.

While waiting for the Oxen, 2 of the dedicated Mentors proceeded on foot to the site where they were able to dose many sheep and still get back in time to meet the farmer and the Oxen.

On the road to “Exeni” in the Gubenxa area we were on a road made by Eskom for the erection of Power Lines for the Local community. It had been raining so the road was wet and all of a sudden the bakkie slipped into a Mud bank next to the road.

I then met a farmer and arranged for him to bring Oxen to tow us out.

While waiting for the Oxen I proceeded on foot to the site and dosed the sheep and came back in time to meet the Oxen to pull us out. 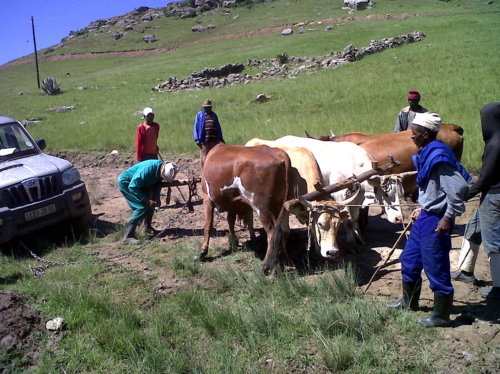 As you will see from the first photo there was a total struggle as two Oxen are facing forward and two facing backwards.

However after a bit of coercing and persuasion the oxen were put in line and as you can see from the following Photographs we managed to get pulled out. 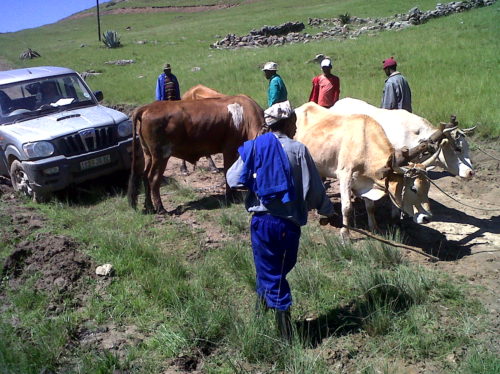 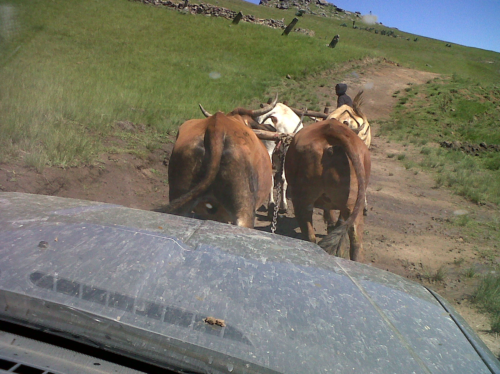