A dedicated mentor ,Francis Davidson, along with his small crew, were on their way to a site called “Nxasa”, as requested by a farmer in order to treat plus minus 400 sheep. Due to a subsequent thunder storm rolling big rocks across the drift they had no choice but to take a different route to the site which required them to travel on foot. Walking from the taxi rank 3.5 km up the valley they eventually came across a river with many stepping stones. Since this was the only available route they were forced to traverse the river. They then proceeded another 500 m up the mountain side finally reached their destination. 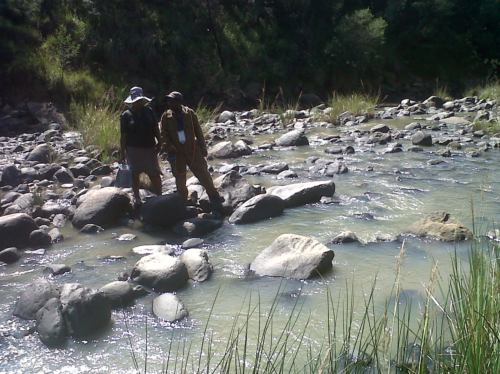 After accomplishing their task they then walked back down the mountain, crossed the river and climbed down the opposite side of the mountain for another 200 m. There they had to work on another 100+ sheep before resuming the 3.5 km walk back to the bakkie in order to go home.
“I was probably the only one that slipped off a rocking stone and landed in the water which was about knee deep but being winter it wasn’t very comfortable.” – Francis Davidson 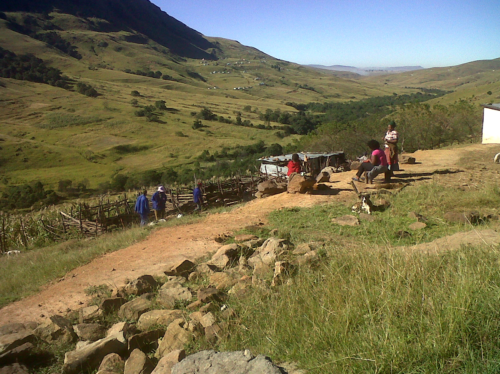