When Mngcunube started work with livestock owners at large scale in Lesotho and South Africa we soon realised that we had to manage information to help us assess the scale and impact f what we were doing to improve animal health and thus increase births and reduced death rates which lead ta growth in the livestock numbers of the owners. The challenge was that the owners did not attend every visit to their village by our animal health service mentors and even if they did might not bring all their animals or the same animals as last time. We approached a consultant statistician and worked out a system that is unique and a reliable gauge covering cattle, goats and sheep that gives us: of actual numbers, participation rates, farmer costs, impact on births and deaths and impact in terms of asset growth and costs and benefits

An indication of the value of us having done this can be seen in an independent study of the results of this approach was carried out in the Elundini area of the Eastern Cape where 2459 were sheep owners (and other animals usually). The study was performed by Dr Andries Jordaan and Mr Derek Sissons, University of the Free State. 2009 and was presented at the Annual SA Extension Conference that year and published in its proceedings

These farmers owned 425 272 sheep including lambs. The project had the following effect on average numbers of sheep per farmer: the number of ewes increased by 100% from 15 to 30; the number of wethers increased from 6 to 10 and the number of lambs from 10 to 20. This arose from improved birth and death rates due to medicines but also to better animal husbandry. The study shows that the net effect of this is that potential annual gross income went from R 416 per average participating farmer to R 18 036 at the market price for sheep at that time. The average cost per farmer (medicines they paid for) to achieve this gain was R 735. This represents a cost benefit ratio of R 23 to each R 1 the livestock owner invested in animal health. When results such as these are multiplied across thousands more farmers and millions more sheep (and goats and cattle) the scale of potential becomes clear. Note that these figures are Rand values in 2009.

Here are some examples of results the system gives us: 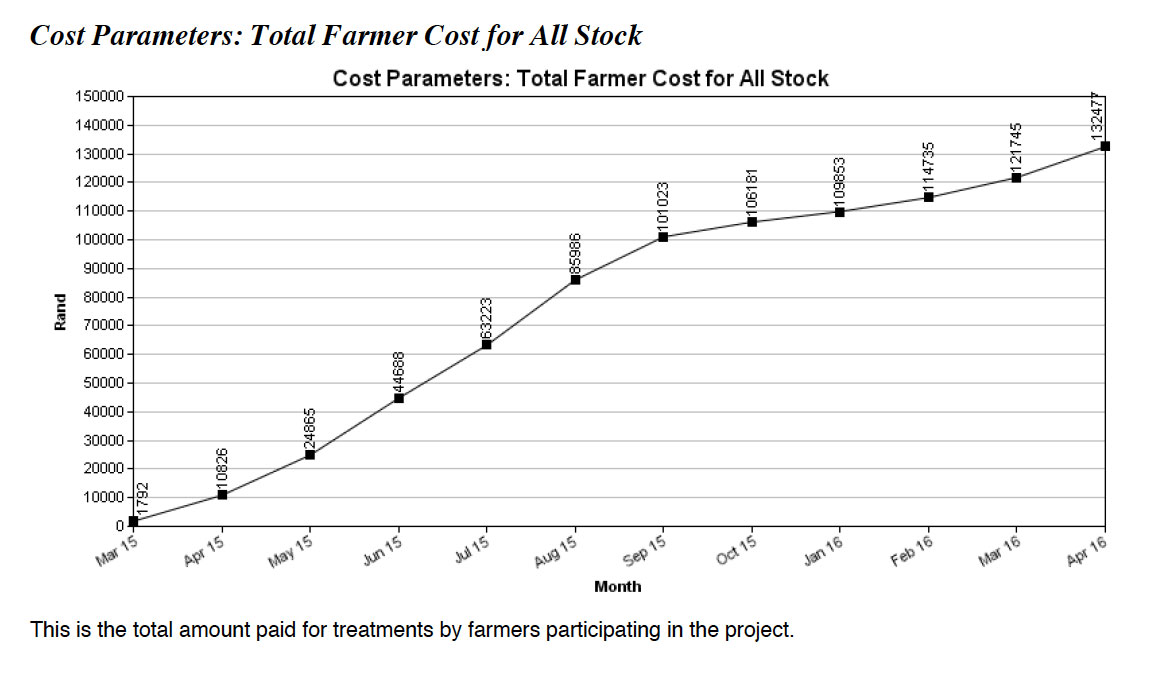 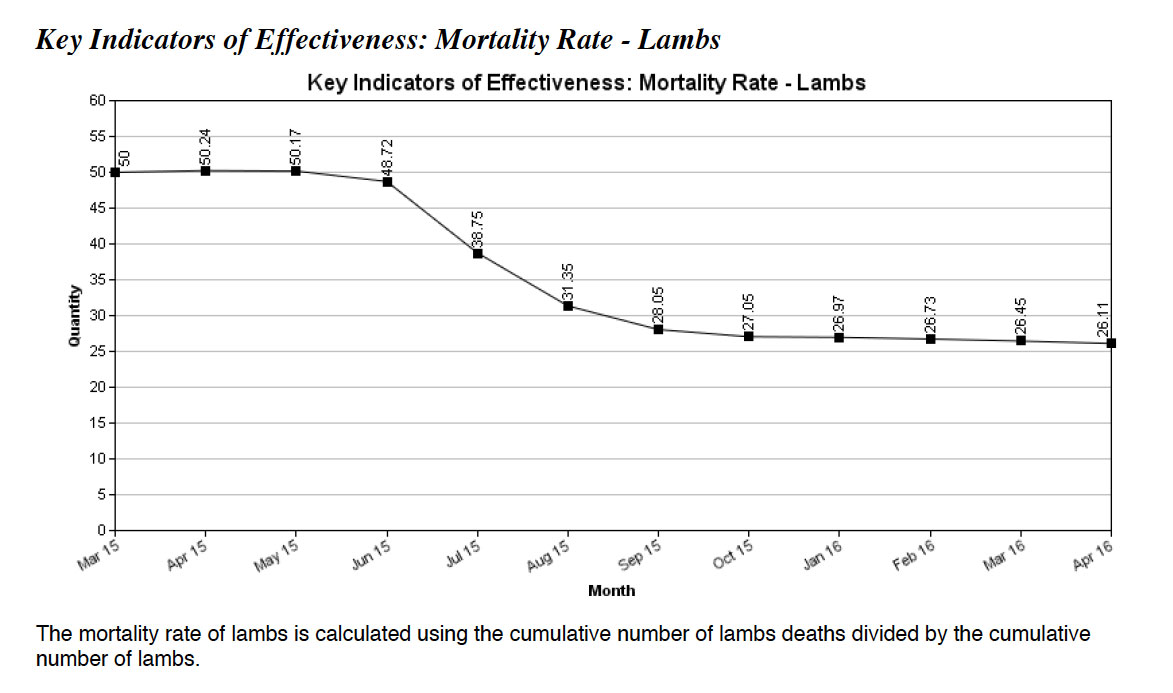 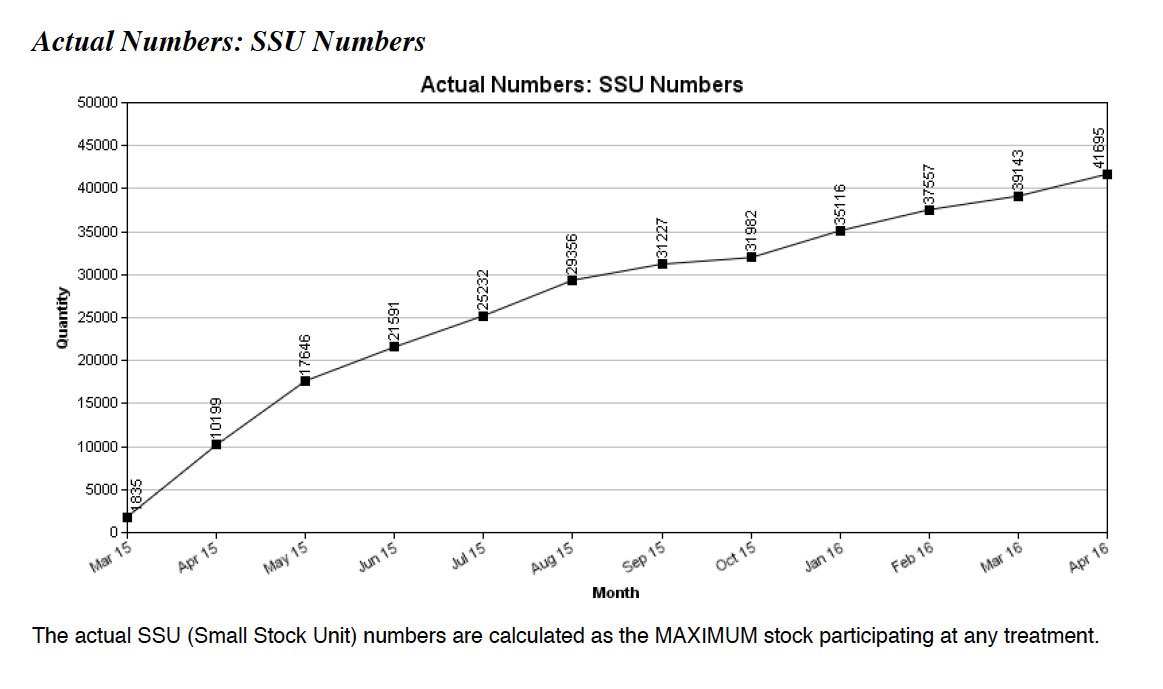 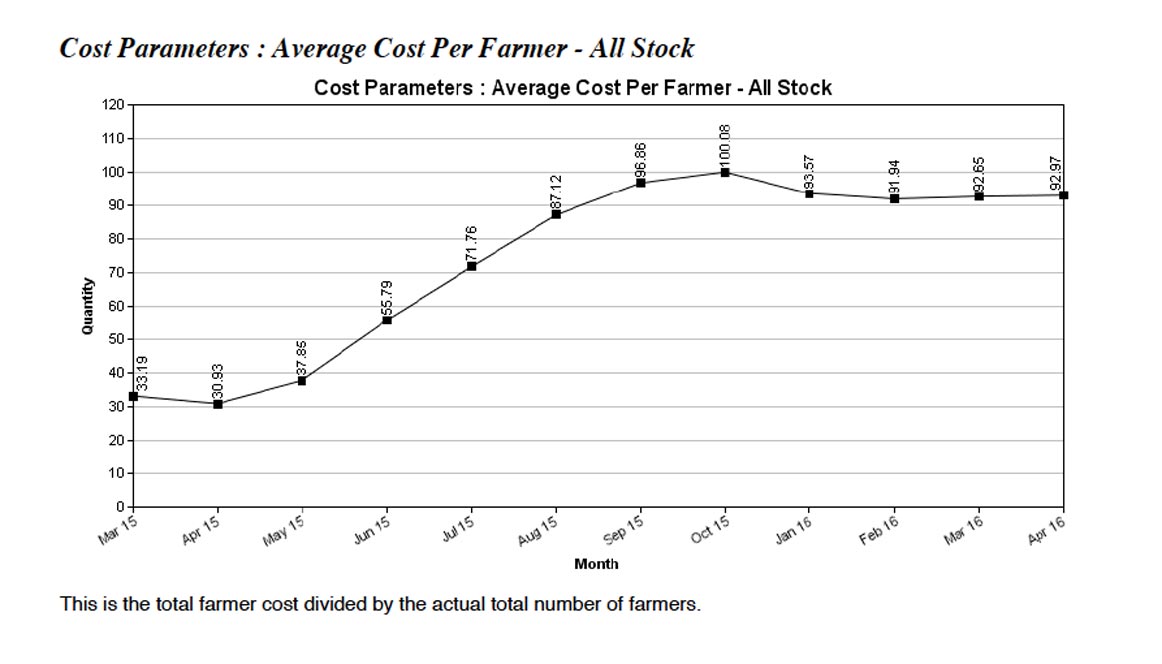 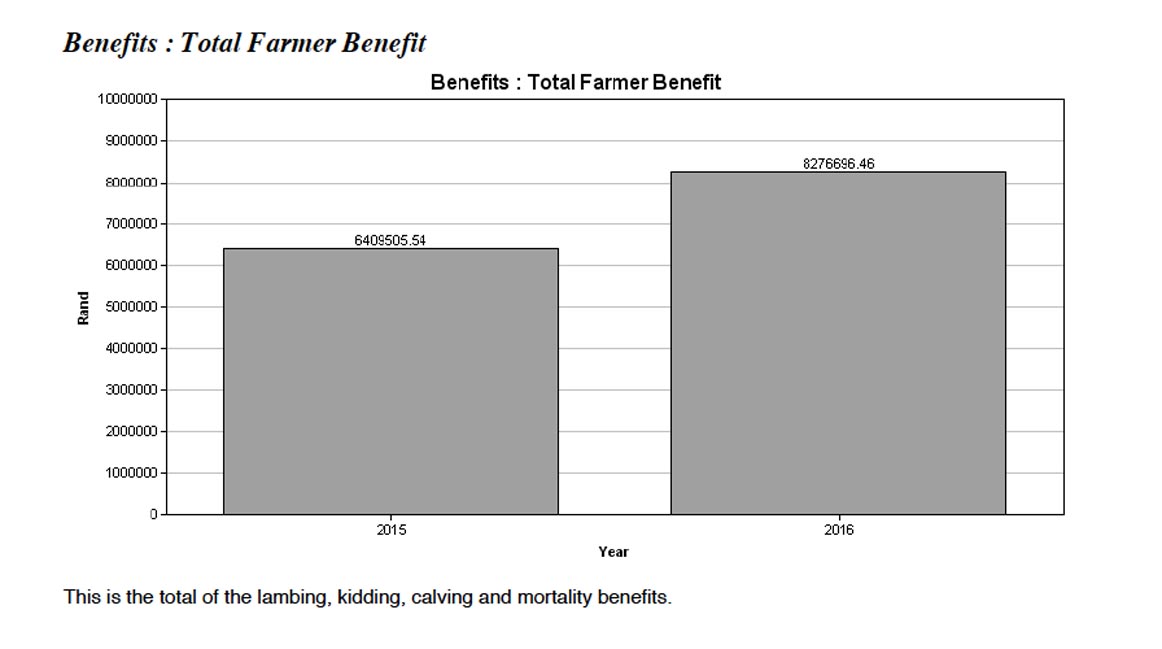 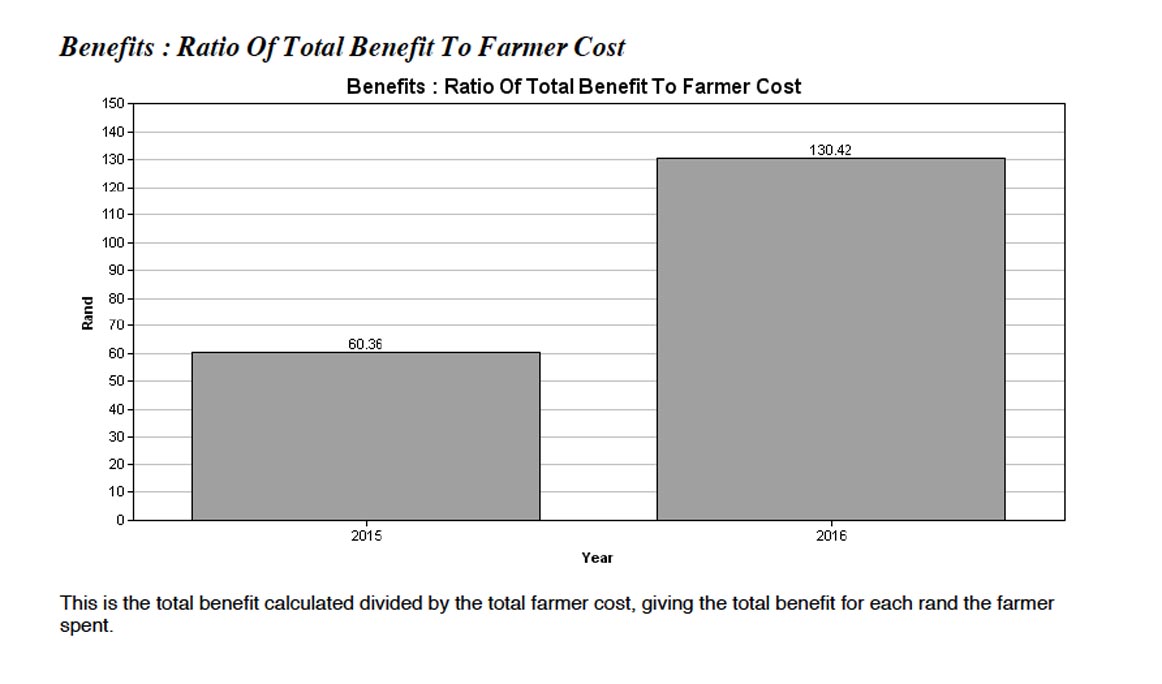 The study was performed by Dr Andries Jordaan and Derek Sissons, University of the Free State. 2009 and was presented at the Annual SA Extension Conference that year and published in its proceedings benefit to total cost.

Mngcunube realises that academics, researchers and policy makers may weld find this approach and the results already obtained invaluable for use in their own work. We have data packages available for sale as follows: